In early 1971, Norwegian friends in the community came to the aid of the group, and an invitation was extended to use Revheim Church for English worship.  Beginning on Easter Sunday, April 11, 1971, the church started meeting in Revheim Church with the Norwegian pastor, Arthur Harstad, conducting an English service prior to the Norwegian service.  Pastor Harstad continued to serve the church in this way until 1977.  The church eventually became the Madla Interdenominational Church and continued to meet in Revheim Church until moving to Hetland Church in 1983.  The name was then changed to Stavanger Interdenominational Church and later to Stavanger International Church. In January 2007, our church moved to the Aula on the campus of NMS and the School of Mission and Theology.

Beginning in 1977, Stavanger International Church was led by American pastors, many of Norwegian descent, serving primarily an American and Norwegian congregation. In 2005, the church entered into a limited association with the Norwegian Mission Society (NMS), joined the NMS´Network for Congregational Development and hired its first Norwegian pastor since the 1970s. Still an interdenominational and ecumenical church, its invitational focus was broadened to welcome all international, English-speaking Christians within the greater Stavanger community.

Ben Wong challenged us some time back to think about what kind of disciples do we want to be at SIC. May 19th 2011 the council and some small group leaders held an open meeting to think about this. Some of the words that were mentioned that evening were:

Those present then talked about what can we do to work towards being these kind of people both corporately and individually. It is our belief that by continuing our focus on worship, building our growth groups, increasing our fellowship opportunities and strengthening our ties with KIA will provide us the best foundation towards being who God has called us to be.

We hope that all of our members will prioritize these events, gatherings and activities that we may truly encounter God this way. 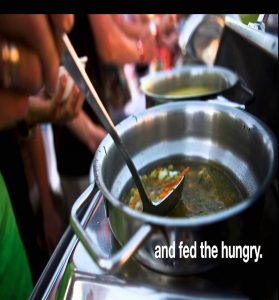 KIA is a nationwide, organization that works with and for refugees and immigrants and natives in Norway. KIA works actively to make Norway a warmer place to live by promoting multicultural fellowship in churches and in society. You are welcome to join KIA – a small version of the big world, right at your door.

Dorcas Ministry is an SIC based outreach ministry initiated by Denise Johnson-Joakimsen and established by three women:  Johnson-Joakimsen, Melanie Multamba-Ferero and Marta Juliana Dale in 2013. Today it is organized and run by Melanie Mutamba- Ferero, volunteer members of Stavanger International Church. Their mission is to meet different needs in our community, through committed and gifted volunteers from SIC and from the community.

Covenant Players is an international professional Christian drama ministry. Founded in 1963, Covenant Players serves churches, schools, nursing homes, prisons and many other community groups throughout the world. Covenant Players has been in Norway since 1978, and the Norwegian unit currently is led by Seth Ueland Chancy. Much of the work performed in Norway is conducted in English, within the public school system. Performances with confirmation students, youth worship services, and Sunday morning adult services, conducted in either Norwegian or English, are a vital part of the ministry here.

Whoever has ears Let them Hear

Copyright © 2018. All rights reserved | Design & developed by Grace Themes
We use cookies to ensure that we give you the best experience on our website. If you continue to use this site we will assume that you are happy with it.Ok